People at every level of the industry report success. 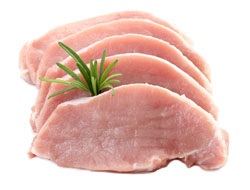 Voices of the Industry

“It will give [the consumers] peace of mind that pigs are raised in a more animal-friendly way.”
—Jens Christian Jensen

“One of the benefits of this product for the general consumer, a person who likes to eat pork, is that they will continue to get the same high-quality pork they are getting at the moment, but that they will get it with the knowledge that it is produced in a more animal-welfare friendly, more humane, more environmentally responsible method of production. So it’s the socially responsible alternative for production of pork.”
—Dave Hennessy

"In many swine markets around the world, vaccination is replacing physical castration as the method of choice for avoiding boar taint. The technology has now been licensed in over 60 countries* and was recently introduced in Switzerland, where Hans Breitenmoser runs a swine production unit in Appenzell." [read more]
*22 at the time of recording.

"The most positive effect of IMPROVAC® is the welfare, there is no need to castrate anymore; I think that is the most important benefit of IMPROVAC."[read more]

"We began using IMPROVAC I think at the beginning of 2008. We vaccinated about 400 finishing pigs. If you look at animal welfare of course castration gives a lot of distress to the animal."[read more]

"I can mention some aspects I observed after starting using [IMPROVAC] in our company. For example, it lowered the mortality risks and reduced the need for antibiotics, since we don’t have to treat surgical wounds anymore and the animal is no longer exposed to secondary infection risks."[read more]

"We have adopted [IMPROVAC] in our company, in an attempt to try and answer the needs of the modern consumer who are concerned about the welfare of the animal and also to lower production costs and improve profits through meat and carcass yield." [read more]