IMPROVAC® is the first commercial vaccine against boar taint. 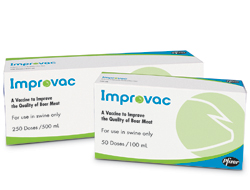 Developed in Australia and available there and in New Zealand since 1998, IMPROVAC has since been approved in over 60 other countries. More are expected in the near future.

IMPROVAC has created a new paradigm in pig production by safely and effectively reducing the presence of the two major sources of boar taint (androstenone and skatole) in the male pig without resorting to physical castration.

In addition to being effective against boar taint, IMPROVAC allows the pig to maintain the natural, positive growth characteristics of an intact boar for most of the finishing period, avoids the animal welfare concerns associated with the pain and stress of physical castration, and reduces excessive male behaviour in the sexually mature pig to further enable full growth potential.

The success and consistent performance of pigs vaccinated with IMPROVAC has been well documented on farms and in various scientific studies.

How does IMPROVAC work?

In the boar, development and function of the testes are controlled by gonadotrophin-releasing factor (GnRF), which is secreted from the hypothalamus. GnRF binds to specific receptors in the pituitary gland and triggers the release of luteinizing hormone (LH) and follicle stimulating hormone (FSH). LH and FSH then act on the testes to regulate the secretion of testicular steroids, including testosterone and androstenone. 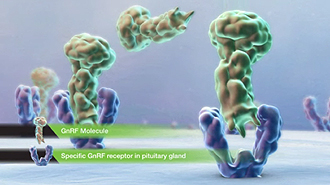 IMPROVAC is a vaccine that stimulates the pig’s own immune system to produce specific antibodies against GnRF. This temporarily inhibits testes function and thus stops the production and accumulation of boar taint-causing compounds.

By stimulating production of antibodies specific to GnRF, IMPROVAC stops the chain of events that leads to the release of testosterone and other compounds from the testes, including androstenone—a major contributor to boar taint. The other major taint-causing compound, skatole, decreases in concentration because the lower levels of testicular steroids allow the liver to metabolize skatole more efficiently. 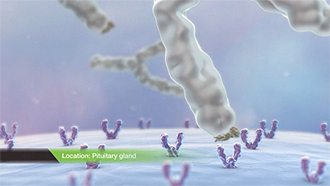 Figure 2. Schematic representation showing the binding of GnRF to anti-GnRF antibodies produced by IMPROVAC. This prevents binding to specific receptors in the pituitary gland and stops the chain of events leading to release of steroids and compounds that contribute to boar taint.

IMPROVAC’s only direct effect on the pig is to stimulate specific antibody production that results in the elimination of boar taint.

IMPROVAC does not add hormones to the animal nor does it stimulate hormone production. 1 On the contrary, it is simply an immunological way to temporarily suppress testicular function.

How is IMPROVAC made?

The antigen in IMPROVAC is comprised of a synthetic, incomplete analogue of natural GnRF (see Figure 3) which is conjugated (covalently linked) to a carrier protein (this is used extensively in human paediatric vaccines).

Figure 3. Schematic representation of the natural GnRF and the synthetic GnRF analogue in IMPROVAC. The modification to the smaller terminal end prevents binding to the GnRF receptor in the pituitary.

By itself, the GnRF analogue is not immunologically active; therefore, it must be conjugated to a larger “foreign” protein to become immunogenic (see Figure 4). 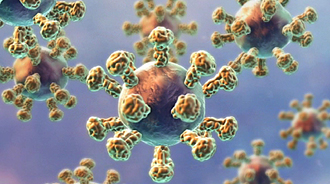 Figure 4. Schematic representation of multiple copies of the synthetic GnRF analogue bound to the surface of a large carrier protein to create the IMPROVAC antigen.

The process of conjugation of the GnRF analogue to the carrier protein prevents it from binding to the pituitary GnRF receptor and thus completely eliminates any potential for GnRF hormonal activity.

This antigen is then formulated with an aqueous non-oil-based adjuvant into a ready-to-use injection.

The below video illustrates how IMPROVAC works.

"Zoetis is leading the advance into an entirely new field ... with Improvac—an innovative immunological product that offers progressive pig farmers breakthrough technology and a welcome new way to eliminate the problem of boar taint, without the production losses and animal welfare issues associated with physical castration. Here’s how it works." [ read more ]